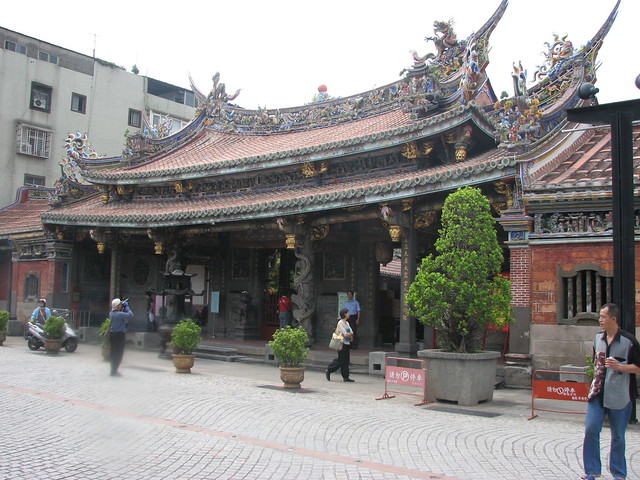 Seeds are planted all the time, but are often unrecognized as such until much later. For example, when I was in high school I was a foreign exchange student with AFS in Paraguay. The experience was amazing. It left me with a desire to travel and to learn about other cultures. Because of that somewhat unique experience a seed had been planted.

Later, I had several jobs including a job working from home. I was not completely free to work when I wanted because I kept a schedule so that I was available for the team during typical hours, but I found that I really liked working from home. While I would take office jobs after that, another seed had been planted.

As an adult, I went back to college while working from home. After I earned my AA at Parkland Community College and my BA at the University of Illinois I wanted an MA. Naturally, I was interested in cultures and travel. My MA is from Union Institute and University in History and Culture: Taiwan Studies. As part of my degree plan, I traveled to Japan and Taiwan. At the time I was working from home, so it was natural that I would be able to travel as long as I could also work. The concept of working and traveling at the same time, especially because the travel was unrelated to the work, was new for me, and another seed began to grow.

While I was in Taiwan I lost my job. The company just went under in the bad economy in 2008. Because the two winters and springs of both 2007 and 2008 were cold, we had discussed jokingly, or maybe we were dreaming, about moving to Orlando, FL. I searched for a job in the Champaign, IL area where we lived, but the job I eventually took was in Kissimmee, FL.

After three years or so another opportunity took us to Houston, TX. During our time in Houston I did contract work for the company in Kissimmee. After a little over a year at the job in Houston I offered to work full-time for the Kissimmee company again as long as I could continue working from home.

While in Houston we met many folks through church who homeschooled their children. They gave us the knowledge and courage to do the same. And the laws in the great state of Texas made it super easy to get started. We even had retail resources close by to outfit our new school.

It dawned on us one day that we were in a position to travel while still working and schooling the children. The seeds that had been planted over many years from varying sources and events in our lives led us to the place we are today. We are very grateful for the guidance we have received that has given us the strength and determination to embark on this journey. We acknowledge with unceasing gratitude the unseen hand that has been the driving force in that work.

I am sure the seeds that are being planted right now will lead us down greater paths in the future.